Kaneff Group of Companies is an established real estate developer, builder and property manager within the GTA and the Golden Horseshoe Area, with 70 years of building and delivering exceptional quality and service to its customers. Kaneff builds high and low- rise homes, develops and manages commercial plazas and office centres, and manages its own golf courses in Ontario. The Company is further recognized for its corporate citizenship and being an integral part of the development of its communities.

A dedication to quality, excellence and community started in 1951, when Mr. Kaneff built his first house in Mississauga. Shortly after, his first housing development produced a clear cut vision for the future of his Company. Innovative design, exceptional building materials, outstanding craftsmanship and abundant open spaces set Kaneff homes above all competition. Focus on the future and a constant positive outlook on life has kept the Kaneff Group successful for 70 years.

Mr. Kaneff was also a very strong believer in philanthropy, which he has demonstrated through both personal contributions and the I. Kaneff Charitable Foundation, which was established by his wife Dimitrina in 1986 to benefit education, health, and social services initiatives as well as arts. He tirelessly contributed to charitable organizations and initiatives across the Greater Toronto Area. He was an anchor supporter of Community Living Mississauga, the Credit Valley Hospital Foundation, the University of Toronto in Mississauga and the Osgoode Law School building campaign. For 50 years Mr. Kaneff hosted an annual golf tournament, which raised over $1,500,000 for Community Living, an organization that supports intellectually challenged children in the Peel Region. In addition, with a strong belief in education and supporting the development of our youth, I. Kaneff Charitable Foundation has donated over $8 million to various universities in Ontario.

Along with his passion for home building, Mr. Kaneff’s love for the game of golf has blossomed into a successful golf group. Starting in 1989 with the development of the world-class flagship facility Lionhead Golf Club and Conference, and transforming into an organization spanning six properties across southern Ontario, KaneffGolf offers public golf at its finest.

The Kaneff Group of Companies has an excellent reputation for building quality homes and successful communities and remains committed to every customer.

Founder Ignat Kaneff was a land and home developer, builder, visionary and philanthropist. He is an icon of admiration in the real estate industry and a beloved member of the Mississauga, Brampton and Greater Toronto Area Communities.

An immigrant to Canada in 1951, he entered the country with no formal education and limited ability to communicate in English. Working as a labourer for a building company in Mississauga, he was quickly inspired to achieve his own success in the industry. After just one year in Canada, Mr. Kaneff purchased his first home, which he eventually mortgaged to purchase two more, laying the foundation for his own Company’s legacy.

Shortly thereafter, Mr. Kaneff built his first apartment building, pioneering the first high-rise building in Mississauga’s history. The Kaneff buildings are a staple in the heart of Mississauga’s City Centre, which shaped the urban landscape and skyline with their distinct presence and white colour.

Kaneff Group of Companies has built over 5,000 family homes, high-rise apartments, office buildings, retail commercial plazas and golf courses in the last 70 years. What set Mr. Kaneff apart was his commitment and reputation of hard work, honesty and unwavering focus on quality and community in every development he set out to create. 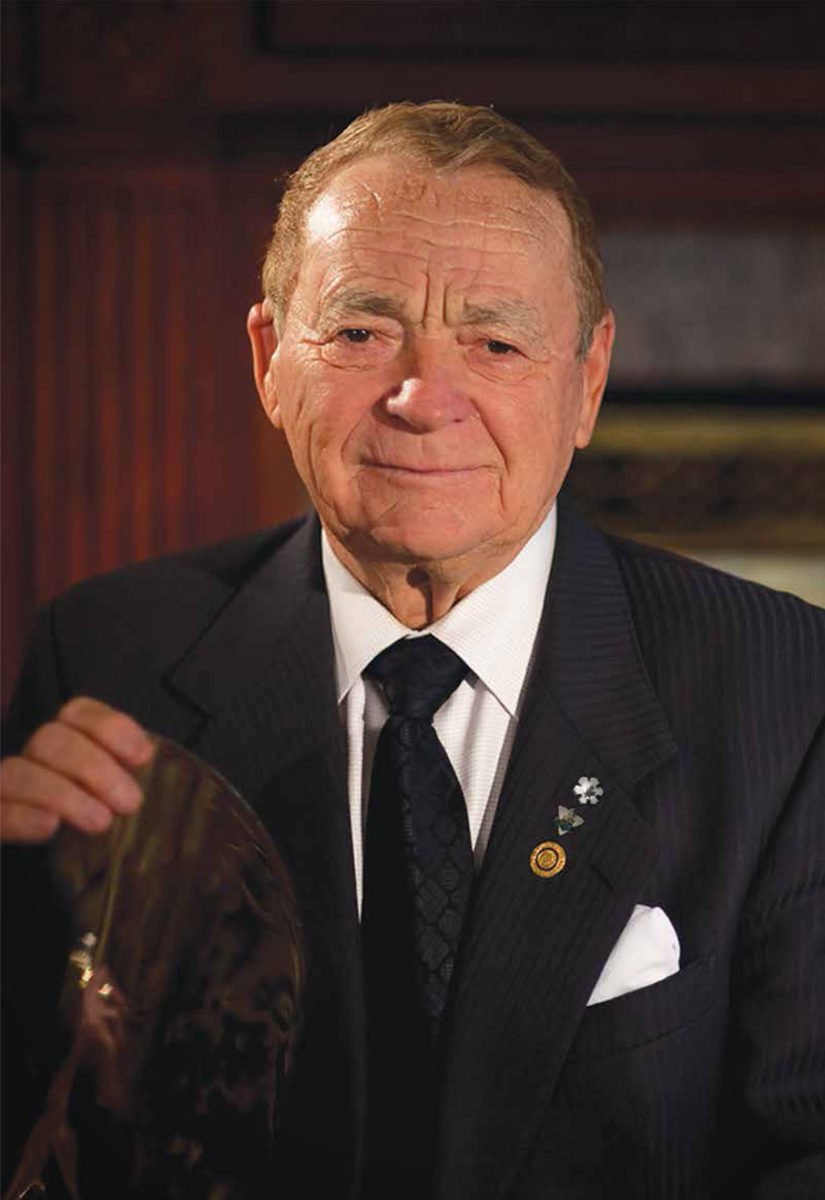